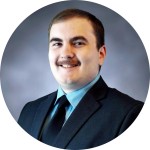 Besides being an avid supporter of pineapple on pizza, Wesley possesses a degree in Computer Science and college diploma for Computer Systems Technology. He specializes in computer networking and computer programming. He is fluent in languages such as HTML, CSS, Javascript, PHP, MySQL and Java. He has experience in web development and mobile application development.